On a lounge chair on the ship docked at the Northern River Port on the Moskva River, near Moscow, looking toward the elaborate terminal building in the Stalinist, wedding-cake style, arches and pillars along the piazza/promenade of the two upper stories, the long, broad staircase leading to the main entrance surrounded with slate-covered stone arches into which are set large ceramic, plate-like discs depicting glories of Soviet achievement (e.g., a dam, a pillared hall, a locomotive, an enormous statue). A four-tiered tower of concrete rises above the main central section, topped by a bright, metallic (tin?) spire, the uppermost point of which is a radiant, five-pointed star, upon which a hammer and sickle, suspended before it, casts a shadow. Clouds, grey and white, frame a swath of blue sky behind the tower, as if in a Stalinist propaganda poster. And the thin tail of a jet trail crosses the blue and disappears quickly. 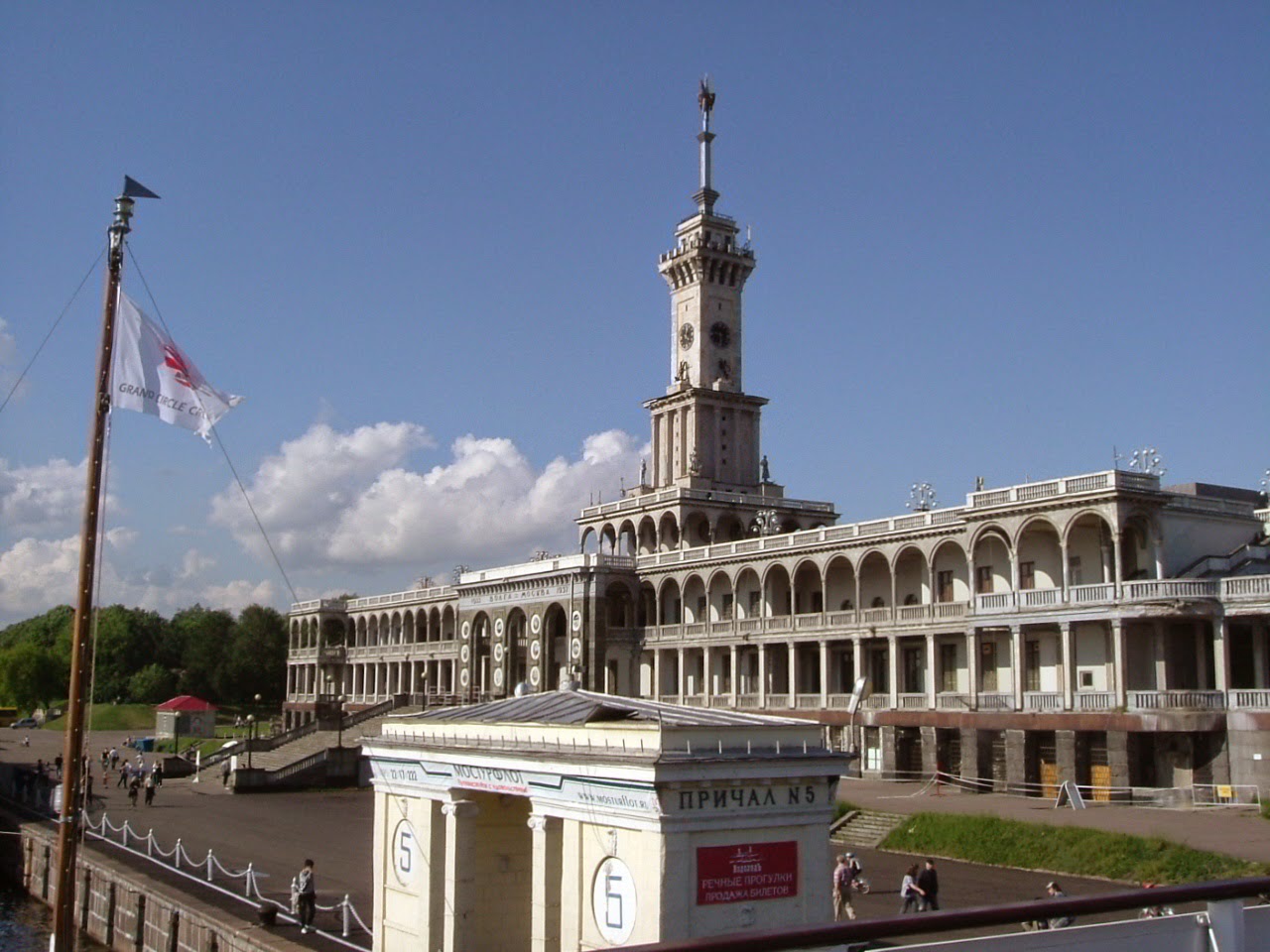 Later. A very peaceful scene on the river as the sun goes down. Most of the others have gone to see Moscow at night, but I have chosen to stay on the boat/ship this evening in deference to my lungs (which have been giving me trouble since London, and my legs, which have been giving me trouble since the last day in Kiev. My left leg developed a charley horse in the calf muscles with all the walking I did that day, and is now stiff and swollen. I may have developed a deep vein thrombus in that calf, which is, I believe, the same one I had trouble with a couple of years ago, the day before my previous trip to Berlin. 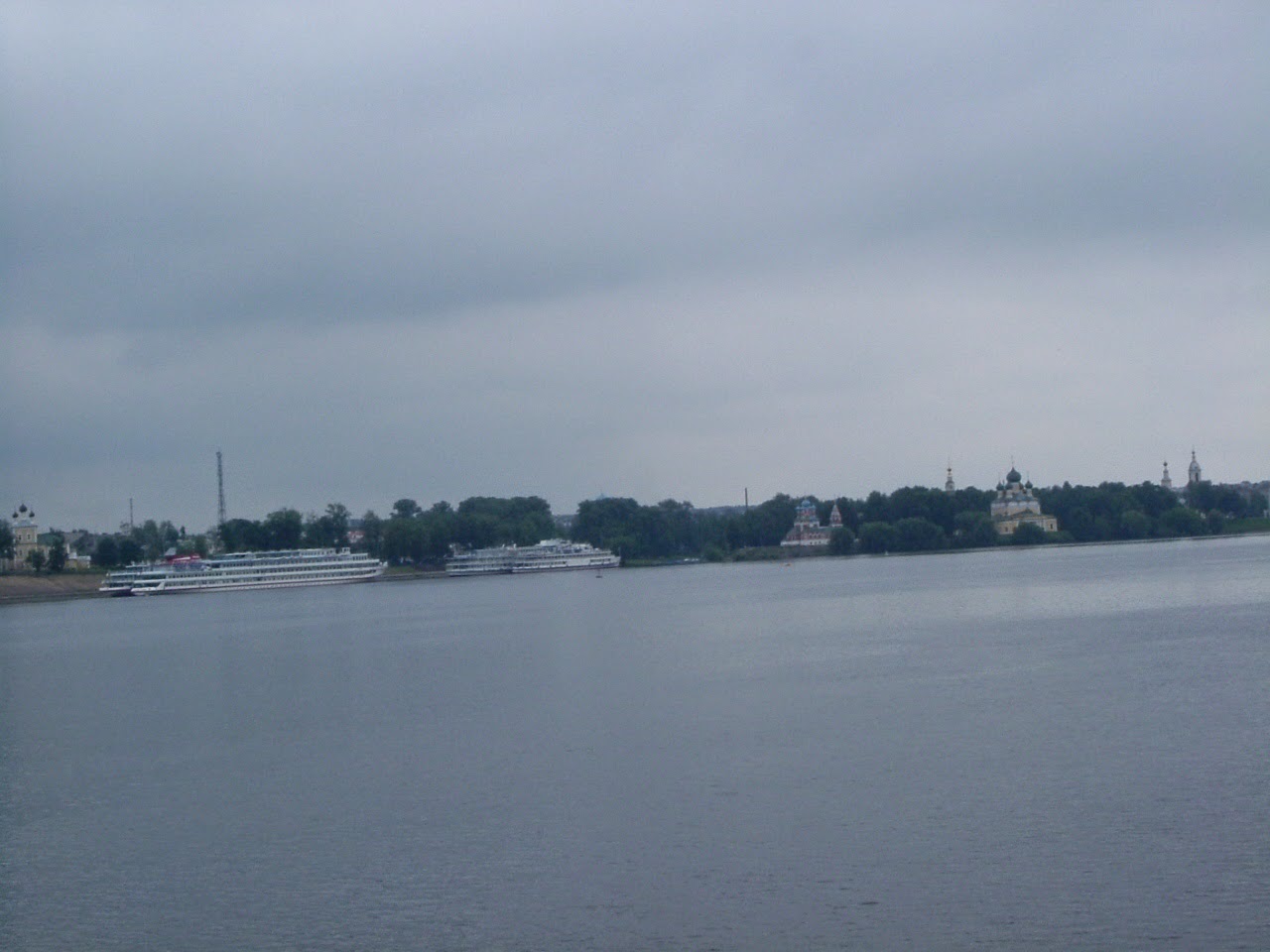 We will spend our four Moscow nights here on the ship. Busses transport us from the ship to the city for tours. No doubt it’s difficult to run herd on a bunch of American tourists in the big city of Moscow and to make sure they’re safe and don’t get into trouble with authorities. Natasha mentioned that there had been some difficulty with a couple of tourists during a similar tour in a Moscow hotel the previous year.
The port building, erected around the time of my birth, inspired this commentary in quasi-verse.
A Ruin in the Making
1933 – VOLGA = MOSKVA – 1937

Columns and porticos
Balconies and balustrades
The not yet ruined marvel
Of an empire not long gone,
Gone a tyrant's imperial dreams
Grandiose, ephemeral,
As this decaying monument.
Some distant archeologist
Might unearth, awestruck, stone,
Plaster, a lichenous surface
Long buried, eroded,
Scoured to the bones.
Stalin would be furious to see
Crumbling cement atop the rotunda.
Jesus would be furious to see a
Gold and marble cathedral.
(JAVS) 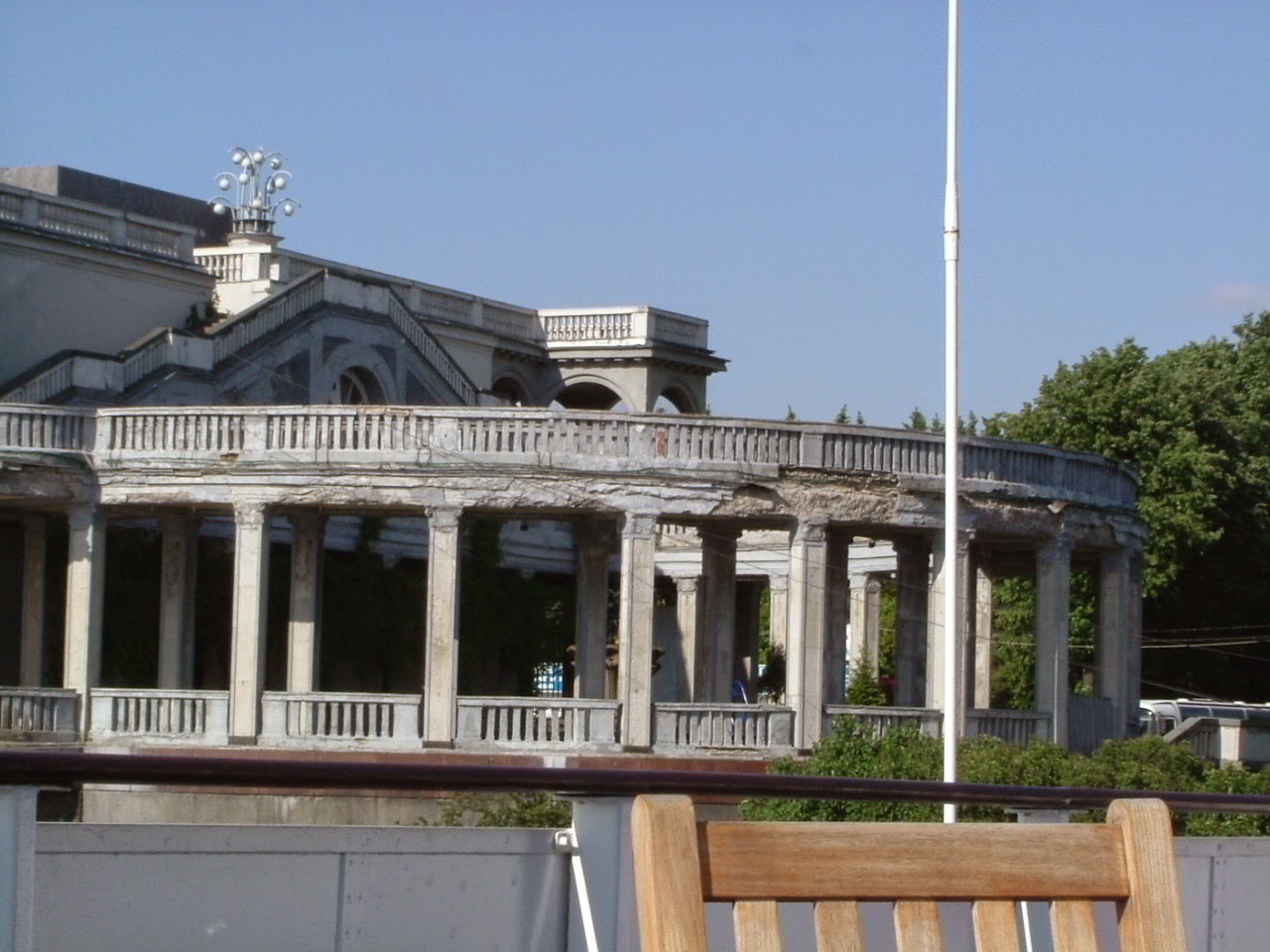 Posted by http://solowomenathomeandabroad.blogspot.com/ at 1:05 PM No comments: