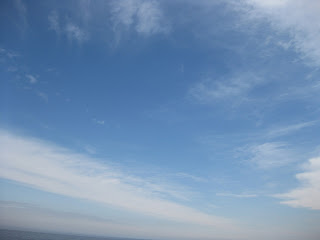 On deck, the sun is shining, the boat is churning smoothly across Lake Onega, the wind is a little brisk, the cirrus clouds divide the sky into deep blue above and a beautiful turquoise nearer the horizon. This cruse part of the trip has been utterly delightful.
The first place we stopped along the river system was Uglich, a small town with a couple of ancient churches (and a nunnery?) dating back to the time of Ivan IV, otherwise known as “The Terrible” (grozni, in Russian). Apparently the young son of Ivan, Dmitri, was murdered in Uglich by emissaries of Boris Godonov. Dmitri and his mother had been sent to a convent there. This left the Rurich dynasty without an heir; Ivan IV had already murdered his elder son in a fit of rage. A church (“St. Dmitri on the Blood”) was built on the site of Dmitri's murder, and we were allowed to go in and take photos—with payment of a fee.

I also went into a second church, the Cathedral of the Transfiguration,  paid the fee, and took photos of the frescoes and of the iconostasis. The iconostasis in this church was particularly impressive.

On the way back from the church, in the old fortress area (Kremlin), I stopped in a shop and bought two watches: one (less expensive) with lapis lazuli stones, the other decorated with malachite. I also bought an unusual amber necklace and a scarf, so I went on a bit of a spending spree in that town.
This town was definitely a tourist trap; the entire walkway from the dock to the fortress is lined by little tent shops of the sort one might have seen in medieval European towns when the traveling merchants came to sell their wares. In European towns and villages, there was usually a market day on the square once a week or once a month, and merchants brought their wares into town on carts, plying the circuit as was convenient. Obviously, most of the river tour boats stop at Uglich, famous for its watches and cheeses, and also for good prices on other types of Russian souvenirs.

The same was not true at Goritsy, our stop on the following day (yesterday). They are apparently best known for their furs, but it was a warm day, and not many of our group were buying. Also, a great many of the group are from California and Texas and other states in the southwest, so the furs weren’t tempting to them either.

I had signed up for a side trip to the Kirillo-Bellozersk Monastery. It was an old, dilapidated fortress-monastery, but apparently some nine or ten monks are now living in buildings near the church. Other areas are occupied by local villagers who were allowed to move in during the Communist era, and they’re still there by squatters’ rights. They have kitchen gardens on the monastery grounds and apparently live there rent-free.

This has been an absolutely wonderful trip so far, and it is only half over. This afternoon we will stop at Kishi Island.
Posted by http://solowomenathomeandabroad.blogspot.com/ at 1:33 PM No comments: