4/18/2010
On the train north from Charleston, SC to New York.  We’ve passed the trailer villages and the back sides of strip malls in North Charleston and Goose Creek and are heading through freshly forested swamp lands toward the Pee Dee.

I’m very tired.  Got to bed about two o’clock last night and set the alarm for 5:30 this morning, barely giving me time to finish all I needed to do before leaving at 8:00 AM. It was closer to 8:30 when I finally left the house, for the second time, after turning around and going back home to turn off the hot-water heater.  I had a water-heater leak disaster just a week before departure, which put me back two or three days in the trip preparation process.  It was one of those old “photo-finishes,” which become more difficult as I get older.


So this is my last “big trip” as I’ve been telling friends, and I do think it’s time to put the Wanderlust behind me.   I’ve seen almost everything in the world I’ve wanted to see.  And the stress of ripping myself away from the sedentary pursuits of everyday life feels much more unpleasant than in the past.  I was probably mildly addicted to intermittent stress, but I’m sure not feeling a high from this latest round.  I hope I’ve paid my dues in grief for this trip and can truly enjoy it.
One of the stressors and detractors of the past two or three weeks is that I have also been trying to close on a house in West Ashley, which will give me more room than I have in the condo.  It’s a cute little house where I’ll have more space for friends, like the women’s group or the UU book group.  The living room and the dining room are connected, so there’s an open space for company.  The house has a screened-in back porch, great for the plants and for sitting outside when the weather’s O.K.  But negotiating the purchase has been time consuming and frustrating.  Although I have an excellent credit rating, I’m also heavily leveraged for my income. But I have a lot of liquid assets and a good deal of equity in the four properties I own.  So we’ll see how that all shakes out.  My daughter, Briana will be the limited power-of-attorney for the transaction.
This trip should be fun!  I’m hoping to reprise some of the sense of adventure I experienced traveling around Europe on my own in years past, while also saying good-bye to some of the places I loved then and will not see again.
In New York, I’ll spend a couple days with Arlene and then fly to London, where I intend to spend three days at the British Museum. This is a bucket-list item; I've never visited it before.  From there, I’ll take the train to Berlin and spend nearly a week with my daughter, Maria, and her family, then go by train to Switzerland for a couple of days, and then on to Italy to visit Guido’s family.  After that, I’m signed up for an organ tour (through NPR), which begins in Marseilles, with scheduled stops to see and hear pipe organs throughout the south of France (le Midi).
Following the organ tour, I go back to Heathrow Airport to catch a plane to Kiev and will hook up with a Grand Circle Travel tour of Ukraine, western Russia (especially waterways) and the Baltics (Estonia and Finland).  That trip will last for three weeks or so. Then I’ll fly back to the U.S. from Finland via Heathrow.
Later…I tentatively constructed an itinerary for the Eurail portion of the trip. It looks like I’ll have to make reservations (and maybe even pay supplements) for more than half the legs of this centipede-like journey.  Ten trains in all.  It’s a good thing I love to ride the rails!
Right now, the scenery outside the window seems like a foreign country.  The back-sides of buildings with their trash bins, the weeds thigh-high, Virginia creeper crawling up downspouts toward the eaves.  A mound of metal trash rises roof-high in a fenced yard.  Two boys stand beside a trestle painting still another layer on the graffiti-festooned cement.  A small graveyard sits in the midst of a cultivated field, at the edge of which tilts an off-kilter, rusted tobacco barn. 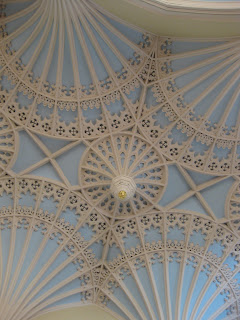 My trips seem to become odysseys: long, convoluted, crisscrossed voyages—partly planned and partly spontaneous—in which I hope to experience and learn as much as possible wherever I happen to be. I love to explore history, interact with people, gaze enthralled at the surrounding landscape, and generally enjoy the ambience of a place with its unique sights, sounds, and smells. All this is easier to do when traveling alone.
Part of learning and growing, for me, is to write about what I experience, and to photograph whatever grabs my attention. Reviewing words and photos then brings things into focus and consolidates memories. For most folks, a trip is a vacation, a time to relax and stop having to pay attention. For me, a journey is most often an adventure—a time to be alert and to stay tuned in, because the great Unknown—that for which I’m always searching—is fascinating, needs to be attended to, and could get out of control.
Usually there’s an initial impulse or a theme for a trip. While I was still a working scientist, a scientific convention was often the trip’s focal point, and then I might plan a stopover at some city along the way to see a relative or old friend, or I might stay an extra day or two in the convention city to visit museums and other local sites.  Since retirement, though, I've gone to more exotic spots and done fluky things I'd just read about in magazines or heard about on the radio.
My trip abroad, in the summer of 2010, was some of all-of-the-above, a crazy quilt of places I had never yet been during three years of living in Europe, at three different times in my life, or of places I had been previously and wanted to see once again on a “Last Big Trip.” I had never before visited the British Museum, although, with a recent interest in archeology, I have come to realize that many of civilizations finest artifacts are sequestered there. I wanted to see Russia again, after having spent a couple of months in that sprawling country during the summer of 1992, shortly after the collapse of the USSR. And I wanted to explore the south of France, the Midi, because I had slighted that part of my favorite European country (yes, I’ll confess, I’m a Francophile) during the three years I lived on the continent.  I also wanted to see my daughter and her family who, at the time, were living in Berlin.
So, how could I fold all of those bucket-list items into one trans-Atlantic trip before I stopped flying altogether (as I intended after the trip)? First, I made a reservation for a river-cruise tour of western Russia that included Moscow, St. Petersburg, and quaint villages in between. There were trip extensions to Ukraine, Estonia and Finland, which countries I had never visited, so I signed up for those, too. Then I coordinated with my daughter to find the best days for visiting them in Berlin. While doing this planning, I heard on PBS radio (Pipedreams) about an organ tour in the south of France that might fit my itinerary. It seemed like a fascinating and artistically satisfying way to visit Le Midi. I also coordinated, loosely, with a couple of European friends. Then I constructed a tentative itinerary, with scheduled commercial tours “set in stone,” and the times between them more open and flexible. Altogether, the trip lasted a little over two months, but I believe I saw and did almost everything I had hoped, before that last trans-Atlantic flight back to the U.S.
I used to love to fly, but during the past decade or so, that fondness has turned to abhorrence. I intend henceforth never to take a plane anywhere unless someone pays for my first-class ticket (or at least business class). But for this time, since there was no other way, practically, to get to Europe than by plane, I bought the cheapest round-trip flight I could find to London, and a five-country Eurail Pass for getting around Europe once there.
The next several blog entries—mostly derived from trip journals—will chronicle my “Last Trip Abroad” in the summer of 2010 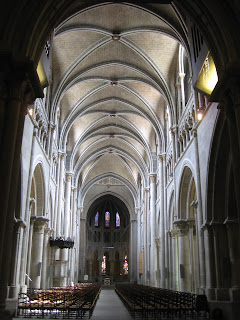 Posted by http://solowomenathomeandabroad.blogspot.com/ at 6:57 PM No comments: