Can't believe it's time for another holiday letter! Hope you've had a good year in 2016, and that the New Year will be even better!


Happy Holidays and Best Wishes for a Wonderful New Year!

The year 2016 has been much better (for me) than its predecessor. My respiratory issues have improved steadily (with occasional setbacks). I’ve been making great efforts to “get my life in order” (with some progress). And I’ve been busy in Charleston with friends and colleagues.

The last of my rental properties was sold early in the year, which was a burden off my back. I still have one property to dispose of—some land in the North Carolina mountains that I once intended to build on. It was a dream that evaporated a decade ago with the economic collapse.

The writing has been going reasonably well, with several books at various stages of completion, and a helpful writers’ group cheering me on to finish a memoir—really more like an autobiography with topic highlights. I’m planning to publish that with CreateSpace in early 2017. That book will be of interest primarily to family—and maybe a few close friends. 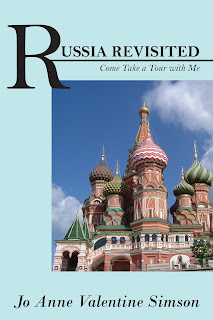 A booklet I had been working on since early summer, Russia Revisited, about a commercial trip to Russia in 2010, is now finished and has been published. I just received copies from the publisher a few days ago. It was originally intended as a teaser for a longer (and more serious) book about Russia and its grim history, woven around a Sierra Club backpacking trip I made in Siberia in 1992—shortly after the collapse of the Soviet Union. Afterwards, I crossed Russia solo by train to Moscow and St. Petersburg. That book has gotten stalled, but I intend to pick it up again early next year. FYI, my Amazon site is https://www.amazon.com/-/e/B00BH3326S


Also, I’ve been sorting, scanning, and distributing photo albums to children, including albums from my mother and my father. One of Mom’s albums dates back to 1924. She was a liberated woman of first wave feminism! I posted this picture in a blog on my new website.

Still, there are a lot of albums to go through. I discovered several more in a trunk that had not been opened since I moved into this house in 2010. Maybe they've been in that trunk since 2007!


In August, I spent three or four days in New York visiting eldest daughter, Maria, and her wonderful family. I used to visit them frequently, but since becoming so ill in late 2014, I have scarcely gone anywhere outside Charleston. While in NYC, I attended a Writers’ Digest conference in downtown Manhattan, which was interesting and informative. 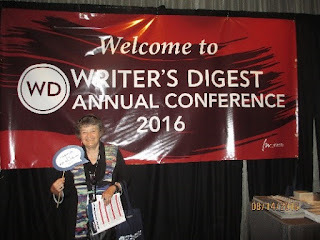 The main book I’m trying to sell to an agent for a larger audience is one I’ve been working on for the past five years. It’s intended for lay readers to help them understand and care for their own body. Dr. Susan Reynolds, a colleague and former student, is consultant on that book. I had a bit of interest from an agent, but so far nothing more.


After Blake, the eldest grandson, went off to Northland College in Ashland, WI this fall, daughter Briana, moved to another city in Idaho to be near her boyfriend. They plan to marry sometime next year. Blake is really loving college, and he calls his grandma every week!


In November, two of my wonderful daughters threw a surprise party for my 80th birthday here in Charleston. It included several close friends as well as family. It was the best birthday party I’ve ever had! And a total surprise!! I was amazed that Maria, the eldest, was willing to come to Charleston. The last time she was here was for Elisabeth’s wedding, 17 years ago. Elisabeth and her family came in their new RV. They stayed at the James Island County Park, one of my favorite campgrounds when I had an RV. We drove around the park one evening and saw the holiday lights, which are spectacular. 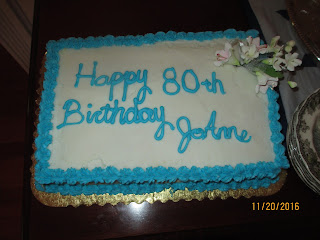 So, the election aside, 2016 has been a great year for an old lady. Hope your year has been good too! And here's hoping the New Year will be as pleasant as possible for friends and family--as well as for the many others in the world who are not as fortunate. Let us hope that we can somehow try to achieve that elusive goal of Peace on Earth.

Posted by http://solowomenathomeandabroad.blogspot.com/ at 4:47 PM 2 comments: